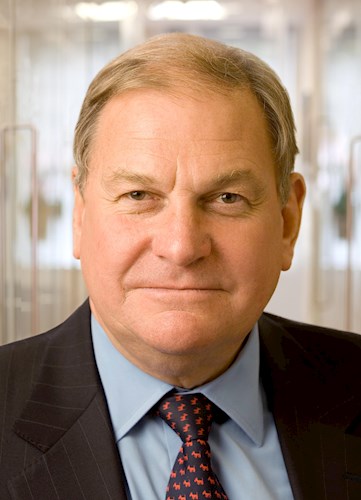 “There’s no getting away from it, the first half of 2020 was certainly a challenge for our operators and therefore ourselves,” reports Crispin Maunder, executive chairman of LCI, the Libra Group company that specialises in leasing helicopters and commercial fixed-wing aircraft.

Like many other businesses at the start of the pandemic, LCI closed its offices in Dublin, London and Singapore, and the staff adapted to working from home, and zoom calls, much like the rest of the world did for the next year.

Although necessary, such a practice had its drawbacks, and Crispin says one of those was losing that personal connection with the customer, which LCI is well known for across the industry. Alongside this were the complications caused by travel restrictions when in-person meetings with established and potential customers were unavoidable. Despite the day of the digital office now being here, there are still some things that require face-to-face contact, and this proved tricky to manage. 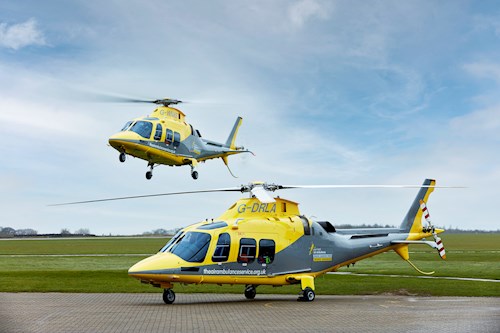 But it was LCI’s customer base that felt the greatest impact, as Maunder explains.

“As you can imagine, there was significant disruption to the offshore market from having to get oil and wind farm workers to and from the rigs in a COVID-safe environment. It was obvious there was a need to reduce the number of people on the helicopters, but there was also the challenge of actually getting those workers to the point of departure for the mission because commercial flights were completely disrupted.

“It was a chaotic impact on the oil, gas and wind farm industry. But things began to stabilise once operators started installing protected cockpits for the crew and put in place COVID-19 protocols.

“A few of our operators did suffer some cashflow problems at this time,” he reports. “Fortunately, we were able to step in and help with that. But most took the changes in their stride. The most complex issue was organising flight crew roster patterns, but this was balanced by the reduced number of flights to and from the rigs, which shrank the utilisation of the fleets. Currently, for operators, it’s now regarded as the new normal.”

There is light at the end of the tunnel in relation to COVID and, looking ahead into late 2021 and beyond, it’s clear there are growth industries that will need continued helicopter support. The most significant of these is offshore wind farm development. Maunder provides his views on this market.

“Reliance on offshore oil and gas is being questioned again by many organisations, so of particular interest to LCI is the rise in offshore wind. Much of this still relies on maritime transfers, and here is where I’d like to make a point. An environmental, social and governance statement should be made that states a helicopter carrying eight to 10 passengers is far more environmentally acceptable and faster, and will burn far less CO2 per trip, than a supply boat. Additionally, flights can be carried out no matter what the sea state is. This needs to be considered by the wider industry as a whole.”

With many nations around the world seeking to develop greener energy resources, the shift towards wind farms has steadily gathered pace in the last decade. Maunder highlights where the demand is likely to come from in the next few years.

“Offshore wind farms are going to increase. We’ve got a well-established industry in Europe, especially in the southern region of the North Sea, and I believe the Baltic will soon become significant, and then the Irish Sea as well.

“Then you’ve got Asia, and in particular China. They have a very large offshore wind business. Taiwan is now looking as well. And, of course, there’s the US. I can see this area picking up elsewhere too.”

Maunder continues: “Another significant area of growth is the EMS market, which has become very much a social service in my view. When I first became involved in helicopters, the idea of a helicopter arriving at an accident scene was unheard of. Now, it’s considered to be natural. EMS is an area of growth which LCI is watching.”

Looking to other markets, and the current search and rescue requirements out to tender within the industry, he points out that with many private operators providing SAR services, as in the UK, this sector is also an area of potential interest for LCI.

Although Maunder freely admits that COVID-19 did have an impact on helicopter operations, he acknowledges that, compared to commercial fixed-wing operators, the industry got off relatively lightly. In addition, he believes it may well recover far quicker than other aviation sectors, thanks in part to the introduction of new technology and new aircraft types. 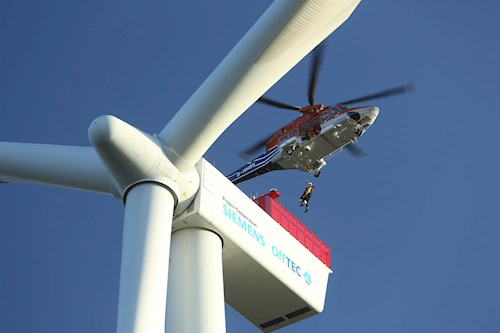 “I am extremely passionate about the latest technology coming from many of the OEMs. The main four are all producing new developments, environment. It’s what all four OEMs are currently striving for and introducing.”

When asked about the market prospects for different regions of the world, Maunder points out that the Asia-Pacific market is showing signs of steady growth, before offering insight into other areas.

“The US market, from our point of view, seems to be much more focused on people who want to own their aircraft – in which case it’s not our market, because we are a lessor – but that is beginning to change. The biggest difference in the US HEMS market compared to Europe, Australia and other places is that, in the US, they’re prepared to accept single-engined helicopters flying over built-up areas, whereas there’s a twin-turbine requirement elsewhere.

“From our position, we can see activity everywhere, but in South America, both West and East Africa, and offshore Africa, there are political issues.

“I think what has to be remembered in our particular aviation sector is that the upsurge within the rotor sector started about 18 months ago, and we weren’t too tarnished by the fixed-wing market. Presently, there’s certainly a shortage of good AW139s out there, which is putting pressure on lessors to supply them,” notes Maunder.

As far as LCI is concerned, the future is certainly looking bright for the rotary-wing side of its business, but there is a wider issue within the sector in relation to securing the necessary financial backing for helicopter leasing.

“Unfortunately, the helicopter market has been caught up in the fixed-wing issues, and I’m afraid the banks have been badly burned on this side and therefore assume all aviation is not a good investment sector at the moment,” says Maunder.

“But investing in a helicopter is valid. It’s an unpressurised long-life asset, with a long technology cycle. Also, how they operate is different in terms of business structure. At the moment, Airbus is already talking about rewinging the A320 in the early 2030s, and if I had invested as a lessor in this aircraft, I’d be concerned.

“For LCI as a lessor, we lease a helicopter to an operator, who in turn has a long-term contract with an EMS or offshore client. The helicopter becomes a small cog in a big wheel. It’s different to the airline world, where it is cut-throat and you’re reliant on the management of that airline being able to perform over the next 10 to 20 years.

“There’s no doubt finance is difficult, and I think we [the industry] collectively need to address that from end to end. I think it’s fair to say that there are fewer lessors
out there providing helicopters, so we need to be protected when an oil company exercises its rights of early termination. The impact on the business can be significant.

“At LCI, we are certainly not going to invest in 10 helicopters costing £20 million each if the end-user is quite prepared to walk away after a matter of months. If a company wants new-technology helicopters, they have to be prepared to play their part in the overall industry,” states Maunder.