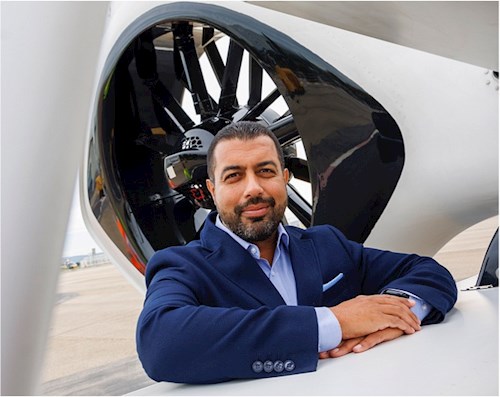 All aviation organisations have a responsibility to help drive progress on sustainability topics, says LCI, after signing Aircraft Leasing Ireland’s (ALI’s) Sustainability Charter, which commits the business to 10 sustainability principles.

Its principles include the drive to Net Zero by 2050, the pursuit of low-carbon technologies such as sustainable aviation fuels (SAF) and hydrogen, the commitment to reuse and recycling, and the drive for greater community engagement, he added. Reporting and measurement of such principles will eventually form a key part of the charter.

COP27, the United Nations (UN) climate change conference taking place this week in the Egyptian resort of Sharm el-Sheikh, highlighted the importance of supporting the charter, according to LCI. Speaking at COP27 on Monday, UN secretary general António Guterres warned: “We are on a highway to climate hell with our foot still on the accelerator.”

Despite the helicopter industry accounting for a small fraction of the aviation industry’s 2.5% of global CO2 emissions, it is making significant strides in addressing sustainability challenges, says Jandu (pictured above). “Advances in SAF, aerodynamics, turbine improvements, eco modes, hybridisation and electrification are being championed by manufacturers such as Airbus Helicopters and Leonardo.”

Current advances in key technologies such as materials, avionics, air route navigation, electrification, and propulsion systems, are driving change across all facets of aviation. “When combined with general societal awareness of areas such as renewable energy, climate change, CO2, and workplace equality, it is clear to see how sustainability and broader ESG [Environmental, Social and Governance] matters are coming to the forefront of consciousness right now.”

Indicative analysis suggests that a young, mixed fleet of new technology helicopters – such as the AW139 and the H175 – could achieve 16% reductions in CO2 emissions based on operations in Aberdeen, according to Jandu. That could rise to 32% CO2 reductions in operations over Brazil’s Jacarepaguá region, near Rio de Janeiro, compared with the current fleet mix. “In addition, we already know that modern helicopters emit up to five times less CO2 per passenger compared with Crew Transfer Vessels [CTVs] in offshore wind, a growth sector in which LCI is at the forefront.”

Positioned across the commercial fixed-wing, helicopter and advanced air mobility sectors, LCI understands the need to take action now in order to prepare for the future, says Jandu. Large, commercial fixed-wing leasing companies are already reporting ESG metrics such as: total electricity consumption, CO2 emissions, recycling rates, employee training, and staff/management diversity, and this requirement will grow over time. “Interestingly, financiers and also adjacent stakeholders, such as accounting bodies and audit panels, are also driving forward reporting and transparency in this area,” he adds.

Last April, LCI signed an agreement with BETA Technologies to acquire up to 125 electric vertical take-off and landing aircraft. The battery powered aircraft have zero operational emissions and will enable LCI to sustainably support mission critical operations across the globe, according to the company. Designing electrified vehicles and charging networks from scratch has allowed OEMs such as BETA Technologies to invest in technologies which will ultimately generate zero operational emissions in the support of mission critical operations across the globe, says Jandu.

“The future is coming and LCI and its parent, the Libra Group, is committed to be playing its part in it,” he concludes.

Meanwhile, if you would like to receive Helicopter Investor’s free weekly newsletter sharing the latest news and views on helicopter finance, register here.

Above: LCI’s electic future – the company signed an agreement with BETA Technologies to acquire up to 125 eVTOLs last April.