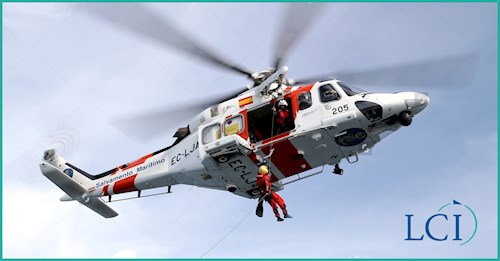 Demand for leased helicopters has climbed significantly this year, leading to a shortage of aircraft in some sectors, after contract providers began issuing tenders previously delayed due to Covid-19.

“Suddenly, we have seen a lot of operators looking for helicopters at short notice,” Nigel Leishman, executive vice president and global head of Marketing, LCI tells Helicopter Investor (HI). And longer-term planning is needed to avoid shortfalls in supply.

While always mindful of the global economic outlook, LCI is encouraged by the number of contracts coming up for renewal. “The helicopter sector, and aviation in general, is an industry for the long term, so we have to look beyond the next one to two years,” says Leishman. LCI tracks upcoming tenders over the next 12 to 18 months and notes as tenders start to be fulfilled and helicopters delivered, there’s always another tender coming up. “While helicopters are not immune to economic cycles, there’s still an underlying need for such mission-critical aircraft which make up the majority of the missions our fleet is flying.”

Operators have concluded they still need new helicopters to replace aging aircraft in their fleet, despite the current unique combination of rising energy prices, following the Russian invasion of Ukraine, adding inflation into the market and rising interest rates, all of which may persist for some time. “The helicopter market has recovered to its pre-Covid position,” says Leishman. For example, he adds, the EMS (emergency medical services) market is continuing through its replacement cycle and seeing demand for new EMS helicopters. Uptake of new generation helicopters, such as the H145, AW169 and AW139 for EMS missions was particularly strong in new markets such as South Korea and Taiwan, as well as more mature markets in Europe, North America and Australia. 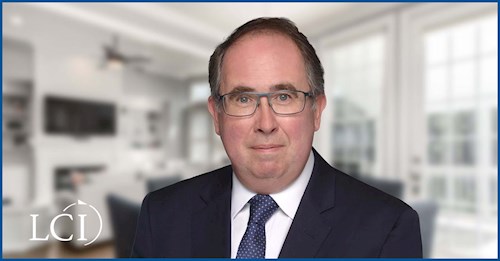 More investment in oil exploration and production is also driving demand. “Organisations have stepped up exploration activities or production,” says Leishman. “And, they are commissioning again in the North Sea, which is driving demand in the market, despite it being a fairly stable and mature market.”

Offshore oil and gas operations accounts for about 30% of LCI’s leased fleet, with the lessor reporting demand not just from replacement but also fleet growth. Guyana is a big market and Suriname is a new opportunity, while Brazil and Australia both need additional helicopters, he says. Super-medium helicopters are expected to become increasingly popular in this segment.

Staying offshore, LCI predicts wind generation will create a bright future for helicopters supporting the construction and maintenance of wind turbines in an increasing array of global regions. “There is significant demand in that space that now stretches well beyond Europe as new wind project developments get underway in the US and Asia, with China set to become the single largest offshore market in the world.” Previous predictions of 100 extra assets in this market over the next 10 years could prove conservative, he adds. Requirements are focusing on larger aircraft, such as the AW139, used during the construction phase and for passenger transport, and the AW169 and H145 used for maintenance on a 10–20-year operation and maintenance phase. (Pictured top is an AW139 on a search and rescue mission).

But Leishman says firefighting remains “a challenging market for operating lessors”. This is because helicopters on these missions have lower utilisation rates with short-term, often annual, contracts under which operators receive payment only when their aircraft fly.

One factor frustrating the supply of new civil helicopters are manufacturers’ growing order books for government and military clients, as OEMs have started to move away from the commercial market. While OEMs are still producing commercial helicopters, they are not doing so at the rate needed to immediately satisfy demand.

“That means we are seeing the situation where demand is outstripping supply for both new and used new generation helicopters, and this is also putting pressure on supply chains and spares availability,” says Leishman. “At the same time, multiple operators and multiple end-users are trying to secure the supply of the helicopter that we may or may not have while, perhaps the existing operator wanted to keep their helicopter.”

For LCI, the result has been significantly more lease extensions this year by operators wanting to retain helicopters. When leases have not been extended, operators have been competing to secure those aircraft.

Returning to rising interest rates, Leishman said they were leading to difficult conversations with clients as the cost of both new and used helicopters continued to rise. “There’s escalation from the OEMs and suppliers and that’s pushing up operating costs and the costs of financing are rising as well,” he tells HI. “Those costs have to be passed on to somebody – and ultimately, that will be the end users.”

While there are opportunities for new operators to enter the market, they are not doing so at present because the margins are still relatively low. One remedy for the shortage of new generation helicopters – fresh off the production line and pre-owned, particularly for offshore operations – was, longer term planning on the part of operators and their end-users. “If they [operators] are going to look to us, as a lessor, to invest in the future [in new helicopters], they are going to have to plan their requirements further in advance,” he says.

“That means awarding long-term contracts, not just two or three years, and removing termination for convenience clauses – which are not convenient to lessors and financers. If we are going to invest in new equipment to support them, then we have to take a much more collaborative approach and end the competitive and combative situation.”