A New Dawn for Asia? A perspective from Asia with Nigel Leishman of LCI - Air & Sea Analytics

Asia is starting to see a material recovery in economic activity and perhaps offers a glimpse into the future for those of us under still under lockdown. Restrictions on rotorcraft activity in oil and gas are lifting and elsewhere new rotary markets are emerging. We spoke to LCI’s Nigel Leishman via videoconference to hear how the market in Asia is currently faring.

Nigel is Executive Vice President & Global Head of Marketing based at LCI’s Singapore office. He has decades of aviation experience and has been with LCI since 2008.

How did you get into the world of rotorcraft leasing?

My career started in the airline industry, before moving to Airbus and then into aircraft leasing in 2001. I’ve been in Asia for a big chunk of my working life and really enjoy the rotorcraft industry, especially working with the people that are in it. The helicopters themselves are mission-critical and such an important part of the wider industry.

How is business for LCI just now?

We have 91 helicopters in-service, both owned and managed. All of those are on-lease or under LOI with a further 9 units on order. We have a $1bn portfolio in this market. We are looking for the right opportunities to grow our helicopter leasing business.

Oil and gas is a fairly small part of our portfolio, only accounting for 30% of our fleet. In our monthly tracking we have seen a drop off in activity for these units in April. While Oil and Gas is an important part of our business,, half of our fleet is EMS and here activity is unimpacted or even increasing. We also have helicopters in the offshore wind and marine pilot transfer (MPT) markets where utilisation is holding up well. 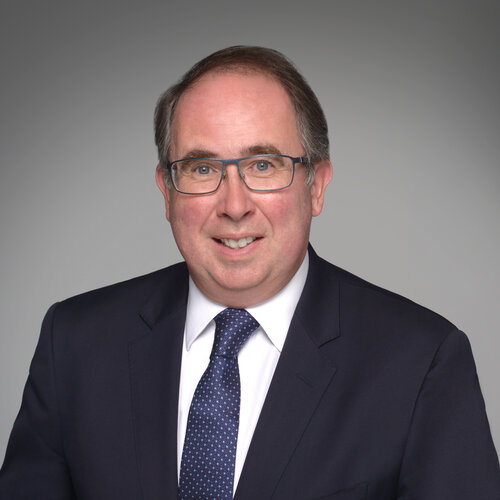 The operating lease product is now maturing in the helicopter space. Prior to 2011, most leasing was from operator to operator. As new modern aircraft emerged it became hard for operators to finance more expensive helicopters outright – particularly in the heavy end of the market where investments of $30m at a time were required. So the leasing product appealed to operators who wanted to realise capital (sale & leasebacks) or couldn’t afford to fund the aircraft themselves. Our clients make a long term commitment to the aircraft (LCI leases are typically around 7-10 years but can be as short as 5) but without enormous Capex commitment upfront. Lead-times (if aircraft are already on order or available) are also much shorter which helps when the end-client can often make decisions at the last minute… sometimes only a few months before the aircraft are required!

Also, in recent years, the operator market has become more competitive, renewals are less certain and operators need flexibility in the fleet so aligning leases with the end of contracts for the operators works well.

Many of our customers tend to be medium to small operators, such as Weststar, NHV, Heli Services, so leasing is an ideal solution for them.

Leasing is a competitive business. Our team has been good at developing relationships and we have brought respected specialists into the team (such as Chris Lloyd and John Gumulak in Singapore). Our people have expert helicopter knowledge including ex Leonardo, Airbus and Sikorsky employees and have a hands-on approach. We know the markets and we know the metal. We are flexible and work hard to understand our clients’ needs and view our relationships as partnerships.

I would say also that the LCI team has been together a long time – we know each other very well and that stability helps us foster strong long-term relationships with our clients.

What has the recent impact been in oil and gas markets in Asia?

I think the biggest impact on the helicopter market here has actually been the restrictions placed on travel – getting people about the world is a big problem. Moving people on and offshore is more-straight forward compared to trying to get them across borders. In Australia you even have strict border control between states. There has been a concern about the coronavirus getting into Aboriginal communities and this is making people look at adjusting operations and bases accordingly. Some new projects have been postponed (Barossa, Scarborough) and some existing projects have seen reduced manning.

In the case of Shell (Prelude) there was actually an electrical issue that led to a shutdown and de-manning non-essential staff in February, nothing to do with coronavirus but that’s meaning less activity for the three S-92s on that contract.

In Malaysia we have seen a change in shift patterns to two month periods offshore (with quarantine on either side) compared to one month previously. According to operators, activity is down 10-15% in April and expected to be 5% down in May. However we are expecting some restrictions to be lifted by June and normal roster systems start to resume.

For Asia in general, the activity is certainly starting to return. The experience of SARS and MERS helps here - when things started developing in China, nearby countries put in tight restrictions early. Countries in Asia have reacted quicker and with tighter management than some in the West. For many, the energy markets account for a high proportion of GDP and they can’t afford activity to stop.

We’re going to come back full circle to the issue of how much freedom of movement will there be? Clearly you don’t want people from high risk areas moving into low risk areas where you have no community transfer. Just now, it looks like Western Europe is on the downward curve but other key countries in this market such as Brazil and Russia are not.

Are there any issues in the supply chain?

We’ve not seen anything significant yet in terms of spare parts. Right at the start it was spoken about but it doesn’t seem to have been a problem and I think that Operators and OEMs have been working closely to ensure helicopters continue their mission critical roles. This is not just in oil & gas, but across all sectors, perhaps more importantly EMS.

Outside of oil & gas are there opportunities in the marine rotorcraft business for growth?

Yes. Marine pilot transfer is an opportunity. We have three AW169s with Airlift in Norway doing this and some H135s with the Aviator Group in Australia which operates at major coal and iron ore exporting ports. These operations have been continuing unaffected.

Offshore wind is also a very important market for us, and we were one of the first lessors to lease helicopters in this market. It has developed initially in Germany but we are keen to get into the space as it develops here in Asia. Taiwan, China, Japan will all need helicopters for this market as they look to put windfarms further offshore. It’s not immune to the current issues but mainly because in Germany most technicians are non-German – they can’t get in from other countries. There will need to be more flying hours further down the line to make up for lack of recent maintenance. We are already starting to see partnerships between German operators such as Heli Service and operators in Japan to enable transfer of best-practice.

Finally, what’s your perspective on the outlook for the market overall?

Positive. Whilst oil & gas is going through troubling times the requirement is still there and will continue to be there – it just needs to work for everyone, not just the end-user. Operators, financiers and OEMs all need to make a return for the market to function correctly. The rest of the market including wind and MPT is holding up well and we still see a good pipeline of new opportunities.

Sincere thanks to Nigel for his time and insight.