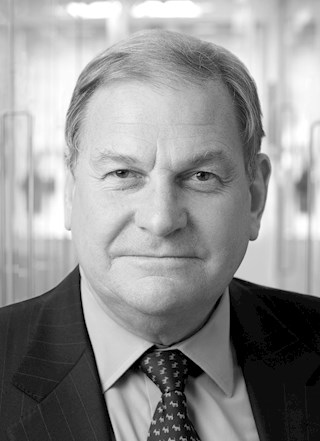 Crispin Maunder joined LCI in 2006 to establish its leasing platform, serving as CEO until January 2012 when he was appointed Executive Chairman.

Crispin has almost 50 years' experience in aviation. Upon graduation from Imperial College, University of London in 1971 with a degree in Aeronautical Engineering, he entered Court Line Aviation the then leading UK charter airline. In 1974 he joined the marketing team at British Aircraft Corporation concentrating on the BAC One-Eleven programme. This was then followed by a period working in the Middle East and Africa with Autair Limited, a helicopter operator and aircraft trader.

In 1977 he joined Short Brothers to lead their sales efforts in Africa and the Middle East, taking on European Sales in 1983, before being appointed General Manager – Aircraft Trading Division, to drive Short Brothers' move into aircraft leasing and trading.

He joined Ansett Worldwide in 1989 as Regional Sales Director – Europe, before being appointed as EVP Sales and Marketing in 1991 to head up the lessor's global sales and marketing activities. Subsequently he also took on management of the lessor’s technical capability. In 2002 he was appointed EVP – Strategic Development assuming responsibility for the company’s strategic planning and business development processes, and a member of Ansett Worldwide Aviation Holdings board.

Crispin is a Fellow of the Royal Aeronautical Society.

Back to The Team